This article was originally published by our friends at Natural Blaze

Many people have spoken vehemently against this draconian law in the state before, but state officials have deliberately ignored the concerns.

The November 2016 elections held in the United States confirmed that marijuana is gaining public acceptance in the country. In fact, the plant won major ballot victories on Election Day in states across the nation. 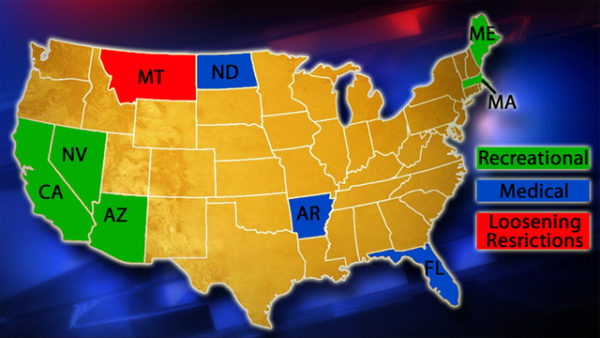 According to observers, had marijuana been placed on the ballot nationwide, it would have swept through, gaining more votes than Trump and Clinton put together. Many believe the federal restriction on the plant will soon collapse, as more and more people in the country understand the medicinal value of marijuana.

But despite the hopes that marijuana laws at the federal level would soon loosen, the country’s law enforcement and judicial officials are hiding behind an archaic and draconian law on marijuana that throws innocent people in jail for life, for no apparent reason.

The United States Drug Enforcement Agency (DEA) classifies marijuana as a schedule 1 drug on the Controlled Substance Act (CSA), meaning the plant is in the category of hard drugs such as cocaine, heroin and others. Although there have been petitions in the past asking the DEA to remove marijuana from the schedule 1 on the CSA, the agency has blatantly refused to do so, putting up a ridiculous argument that there is no evidence to prove marijuana has any medicinal value.